I know this film won a number of awards, but unfortunately, it fell a bit flat for me. Apart from the athleticism of the boys’ dance-fighting, which is always fun to watch, it felt a bit wooden and chaste (awkward forehead kisses?), with one too many dizzying psychedelic fades and dissolves. I did like the framing of the mock wedding scene in the dress shop, where the cross in the window represents the cross of a church… as well as the fact that they didn’t actually get married, like Romeo and Juliet did – I’ll give them that much.

Natalie Wood and Richard Beymer don’t have nearly enough chemistry to make me believe that Maria would be so willing to hop in to bed with Tony so shortly after finding out that he had just killed her brother. And why on earth would Anita agree to deliver a message from Maria to Tony, when she is justifiably pissed at both of them? In fact, the most realistic scene in the movie for me was when Anita went to Doc’s by herself and got harassed by the Jets – I could totally understand why she lied after the way she was treated.

But why didn’t Maria kill herself at the end, as Juliet did? Did she not love her Romeo enough? Why was Tony’s body handled with such care, when Bernardo and Riff’s lifeless bodies were left to rot under the bridge? Why didn’t Doc (or any other adult for that matter) intervene at the war council? Maybe it’s a bit outdated, but this movie just didn’t pull me in the way Franco Zeffirelli’s 1968 version of Romeo and Juliet did when I first saw it. The songs are enjoyable enough – it’s worth watching if only for Rita Moreno’s “America”. “Everything free in America… for a small fee in America!” I’ll drink to that.

From the amazing bartenders at the Violet Hour speakeasy in Chicago, IL. This bar has fantastic atmosphere, with big tall chairs that are perfect for sharing secrets or for making you feel like you’re Alice in Wonderland, and dark cozy corners for date night. If you’re ever in the area, make sure to stop by.

Muddle cucumber, mint, and salt in an empty cocktail shaker. Fill with ice, add remaining ingredients, and shake. Strain into a coupe glass. Garnish with 1 floating mint leaf and 1 drop rose water on top of leaf. 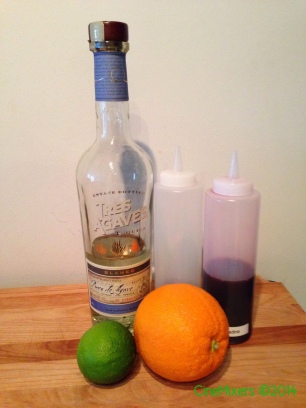 Inspired by the similarly-named concoction on this Hi-Life cocktail menu.

Shake all ingredients in a cocktail shaker with ice. Strain into a coupe glass and add garnish. 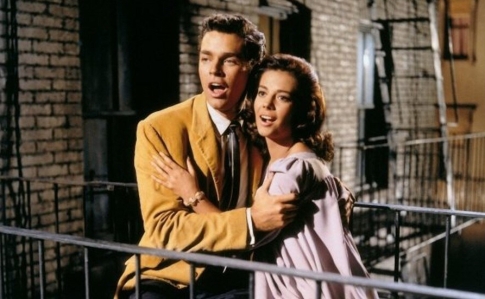